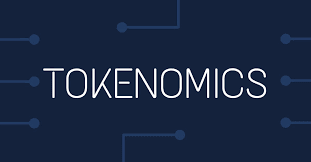 Tokenomics deals with understanding the supply and demand characteristics of a cryptocurrency. This page explains how we plan to release new SPADES Tokens into the ecosystem, reveals the number of Tokens circulating, and the use of proceeds from Token releases.

Charitable Tokens reside in the charitable wallet address provided above, which is dedicated to their purpose.   Members can vote on Awardees at varying times.

SPADES Awards winners receive between 50,000 and 100,000 SPADES Tokens, therefore a maximum of 100,000 Tokens per month can be released.  Yearly, these Awards can reach a maximum total of 1,200,000 Tokens released into circulation.  In addition, special Awards may be made throughout the year to charitable and non-profit organizations in varying amounts, the aggregate total of which special Awards may not exceed 2,500,000 Tokens annually.

To whom Awards go is decided upon by the community, you must be a registered member of the community to nominate or vote for an organization. When special Awards will be released and in what numbers will be dependent on the price, demand, and at that moment supply of SPADES in circulation. The official, duly empowered Tokenomics Committee will make the final decision on the timing and amount of special Awards.

On Exchanges:
Exchanges that offer SPADES Tokens for sale will need to be allocated a certain number of Tokens in order to have supply. The Tokenomics Committee will decide upon what exchanges SPADES will become available, and in what number they should be allocated.

Member Earnings/Benefits:
Members may be rewarded for referrals, for participation in the community, or as contractors (paid in SPADES) for work they do to enhance the community technology, for marketing, or other services.

Note: SPADES Token is an asset on the TRON Protocol, as such it does not have “miners” who mine SPADES, so SPADES are not released through mining. Transaction fees do exist and are called “Bandwidth” and “Energy,” they use TRX (TRON Crypto Coin) for fees, so in addition to SPADES, you want to hold some TRX. If you have TRX, you can “freeze” some and earn the Energy and Bandwidth needed for transactions, if you do this no fee may be necessary. See our video on TRX and how to freeze it here.

[The term circulating supply refers to the number of crypto tokens that are available and circulating in the market for sale or transfer, and should not be confused with the total supply, max supply, or allocated supply.  Allocated Tokens are set-aside for a specific purpose, but not yet “available” in the marketplace.]

Below is a snapshot and explanations of Tokens allocated, and those circulating.

Charitable Allocation:
100 Million (10%) of all Tokens have been allocated for release to charities and non-profits over a minimum 25-year period.

Charitable Allocation in Circulation:
250,000. While 100 Million are allocated for eventual release, 250,000 have been awarded, and 150,000 have been released into circulation to our current charitable Award participants.  100,000 Tokens too Dream Culture USA,  and 50,000 each to Global Women’s Water Initiative, Peace4People, AAWIC, PeaceNow, Butambala Permaculture Learning Center, and Villages of Hope A.K.C.L.I., however some participants are still setting up their wallet so only 250,000 SPADES Tokens are in circulation.

Sponsorship:
100,000 Tokens have been released to the Dream Factory SIM-Racing team as a sponsorship.

Exchanges Allocation:
15 million (1.5%) are allocated to our first couple of public exchanges, this will not take place until the “crypto-winter” has thawed (so date is unknown).

Member Earnings/Benefits Expected:
10 Million (1.%).  It is expected to take three years for this 1% of Tokens to be released to Members of this community, although that time will depend on adoption numbers.

Member Earnings/Benefits in Circulation:
81,300 Tokens (.00813%) have been released to Members beyond the Founders for their help in getting this community launched.

Founders Allocation:
50 Million (5%). The five Founders were each allocated 1% each of the SPADES Tokens, that is 10 Million Tokens each. The majority of these allocated Tokens (90%) are restricted for a period of three years.

Founders Allocation in Circulation:
2,500,000 (.025%). 95% of the Founders Tokens (47.5 Million out of 50 Million) that have been allocated are under restriction of use for a period of 3 (three) years.
The 2.5 million Founders Tokens that are available for circulation have been loaned to the SPADES Community Bank Wallet to cover the Members requests for cash-out of Cloud Credits.

The loaned Tokens will be returned to Founders at the appropriate time in alignment with the overall Tokenomics plan.  The “Community Bank Wallet” is currently using the wallet address of: TDkRYq2FcqT8G3f1kKCjMybhQunE43oe2n.

NOTE: Most participants acquired their SPADES Tokens using TRX crypto, the majority of which is frozen to cover future transactions fees when paying people out from community earnings to the SPADES Wallet.  The proceeds in dollars are based on the fluctuating value of the TRX, so proceed amounts are dependent on the moment you are looking and the TRX price.

Track our Token holders on the blockchain explorer, TronScan.io.

None of the Founders have been paid for their development of the site and Token, they have acted as volunteers.  The funds generated from the private rounds have gone to fulfill the needs of the project, these include:

Additional funds will be allocated to a management company, a quarterly spending (Use of Proceeds) report will be published in this community for Members.

Tokens that are provided to Members who cash out their community Cloud Credits, will come from purchases of SPADES Tokens made on exchanges by our administrative team.  As fiat funds, or cryptocurrencies, are received into the community, they are used for purchases of SPADES Tokens. Those purchased Tokens are delivered to the Community Bank Wallet.

Any initial Tokens needed to fund the Community Bank Wallet will be provided as a loan from the Founder’s personal current circulating Tokens supply.